The History of Chinese (and in fact world) medicine can be found in the legacies left by her greatest doctors. Chinese medicine led the world for millenium in terms of preventive medicine, diagnostics and a very wide variety of treatments ranging from herbal medicines, to massage, accupuncture and other things.

In submenus of the history section on the navigation bar above I look at only a few of the most famous doctors and provide links to some of the most famous medical texts. It's far from complete but gives a very brief general outline of Chinese medical history. 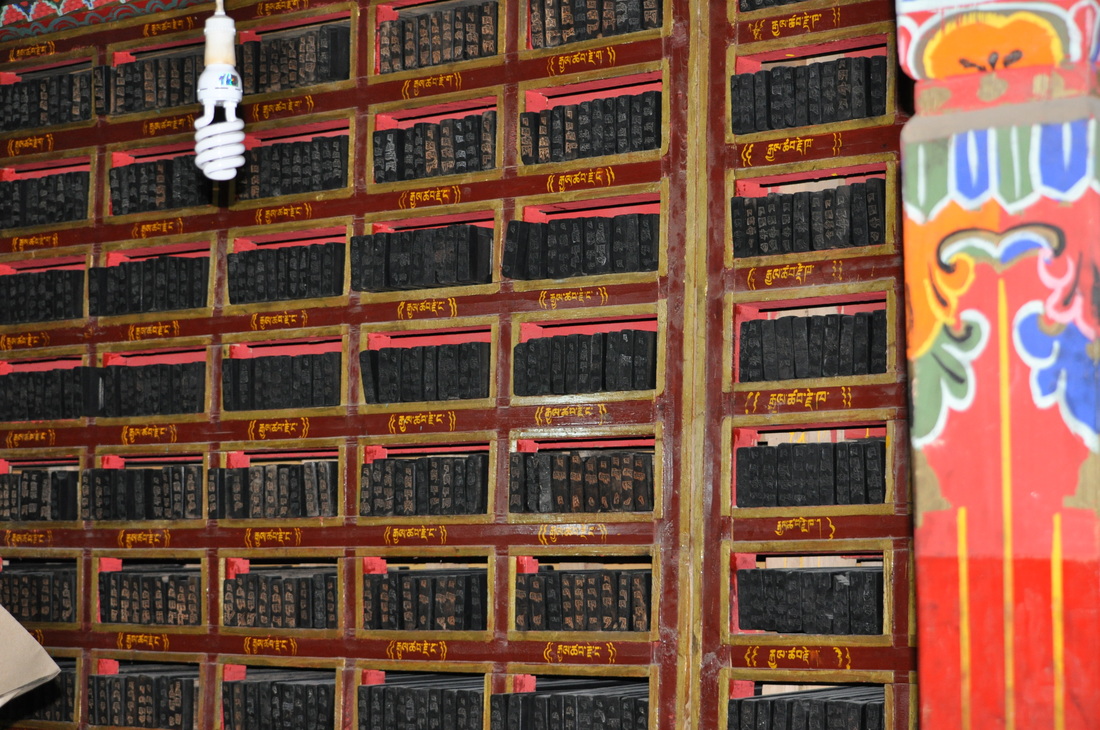 Library in Tibet - Photo by G. Brundage
The history of Chinese medicine appears to date as far back as the Shang Dynasty (14th to 11th Centuries BCE). Evidence from inscriptions written on bones and tortoise shells suggest that members of the royal Shang dynasty received medical treatments for a variety of ailments.

The earliest evidence of acupuncture dates to around the 2nd or 1stcentury BCE. Acupuncture is the insertion of metal needles into specific points along meridian lines to aid flow of Qi and restore balance within the body.
Ying Yang Theory (阴阳 yīnyáng)
Ying Yang is not simply white and black. They are interconnected polar compliments to each other. As a unity it expresses dynamics rather than a static relationship, and process rather than unchanging facts.

In Chinese medicine ailments are often or usually attributed to an imbalance of Yin and Yang. From a Western medical perspective this could be an imbalance of foods within one’s diet, or a imbalance between diet and exercise, acid and alkaline, or any number of other dynamic relationships within the body or between the body and nature.

The Five Phases Theory
The “five phases,”are water, fire, wood, metal and earth, which I believe was something like an early precursor to the periodic table. It was at that believed that all things in the universe could be broken down into those five “elements.” These elements were part of a matrix that included: Direction east, south, center, west, north), color, climate, taste, “Zhang Organ” Fu Organ, sense organ, facial parts and eye parts.

Some analysis of this branch of TCM see them more as ancient mnemonic devices and uses the English language words: “movements”, “phases” or “steps” rather than “elements. These five “phases” are widely used in Chinese medicine, astrology, music, and martial arts and strategy.