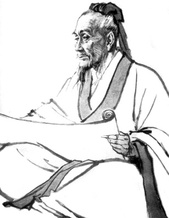 Photo from Wikipedia Commons
Born in Nanyang, Zhang Zhongjing was one of the most famous Han Dynasty doctors and greatest Chinese doctors in history, he established the foundation upon which later Traditional Chinese Medicines were built.

He is perhaps most famous for writing the Shānghán Zábìng Lùn, (傷寒雜病論)"Treatise on Cold Pathogenic and Miscellaneous Diseases."
See: http://www.chinaculture.org/gb/en_aboutchina/2003-09/24/content_26689.htm

Wang Shuhe (180 – 270 ACE)
Master diagnostician during the Jin Dynasty, his research on pulse diagnosis is legendary. He was the author of Mai Jing (The Pulse Classic. 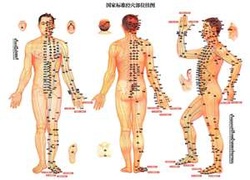 Famous for his skills in acupuncture therapy he is author of one of the most famous and important texts in Chinese medical history, the "Huang Di Zhenjiu Jia Yi Jing" (“Jia Yi Jing”). 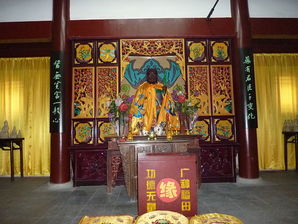 Wiki Files
He was a child prodigy that mastered the Chinese classics by the age of 20. A famous doctor of the Tang Dynasty he complied the famous “Qian Jin Yao Fan”and the “Qiang Jin Yi Fang.” His specialty areas included gynecology and obstetrics, as well as nutrition. His nicknames included the “Herbal King.” He wasa also titled as China's King of Medicine (药王, Yaowang) for his significant contributions to Chinese medicine and tremendous care to his
patients.
http://www.bellaonline.com/articles/art37184.asp
http://en.wikipedia.org/wiki/Sun_Simiao 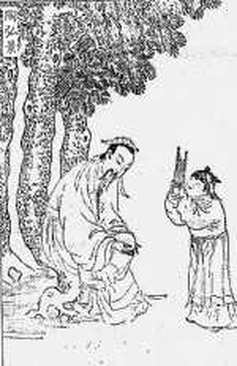 Wikipedia Commons
The Shangqing School (Chinese:上清) or Supreme Clarity is a Daoist movement that was begun by the aristocracy of the Western Jin dynasty. Shangqing can be translated as either 'Supreme Clarity' or 'Highest Clarity.' The first leader of the school was Wei Huacun (251-334), but Tao Hongjing (陶弘景), who structured the
theory and practice and compiled the canon, is often considered to be its true founder. His prestige greatly contributed to the development of the school that took place near the end of the 5th century. The mountain near Nanjing where Tao Hongjing had his retreat, Maoshan (茅山), today remains the principal seat of the school.

Shangqing practice values meditation techniques of visualization and breathing, as well as physical exercises, as opposed to the use of alchemy and talismans. The recitation of the sacred canon plays an equally important role. The practice was essentially individualistic, contrary to the collective practices in the Celestial Master school or in the Lingbao School.

His most famous contribution to Chinese medicine was the reorganization of the Shen Nong Ben Cao Jin, a comprehensive listing of medicinal herbs which included 365 new herbs bringing the total of medicinal herbs used at the time to 730.
http://www.goldenelixir.com/taoism/tao_hongjing.html
http://en.wikipedia.org/wiki/Shangqing_School 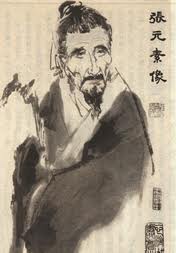 One of the most historically influential Traditional Chinese medicine doctors during the transition from China’s Northern Jin Dynasty to the Mongolian Yuan Dynasty, Zhang integrated medicinal materials into the five element theory (Wuxing) with both five Shen hergs and Qi Meridians. His most famous work was the “Bag of pearls,” “Zhenzhu Nang” (珍珠囊).  He helped to more clearly define the association of the "tastes" of medicinals and their believed effect on the different organ systems. Zhang asserted that herbs entered into and influenced the meridians.

According to Zhang Jiegu: "The method of appropriately using herbs in accordance with the symptom and sign presentation of the patient entails determining substances with the correct qi, taste, yin and yang, and thick and thin properties as well as the pathogenic factor involved and the meridian it has entered."
http://en.wikipedia.org/wiki/Zhang_Jiegu 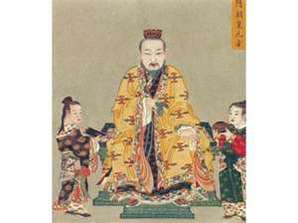 Physician to the emperor, Chao compiled the categorizing and describing disease. During the Sui Dynasty (589 – 618 AD), one individual stood out as making a significant contribution to Chinese medicine. His name was Chao Yuanfang (550 – 630 AD). He edited and compiled the first medical book to classify symptoms of disease “Zhubing Yuanjo Zonglun” (General Treatise on the Etiology and symptoms of disease). This book consisted of fifty volumes with some one thousand seven hundred and twenty entries of signs and symptoms of disease.
(Translation from a Japanese version can be found at: http://en.wikipedia.org/wiki/Ishinp%C5%8D

Wang Tao (702-772 A.C.E.
He is famous for writing the book Waitai Miyao (Medical Secrets of an Official), published in 752 A.D. He provided a comprehensive description of medical problems, covering more than 1,000 categories, and discussed over 6,000 herbal prescriptions.
http://www.taijichinesemedicine.com/wangtao.htm 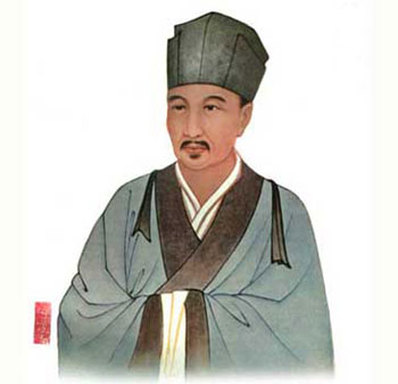 http://www.chinese.cn/tcm/en/article/2009-09/18/content_66492.htm
Classic Chinese Herbal Formulas have a long and illustrious history, for example, the "Liu Wei Di Huang Wan" (六味地黄丸 liùwèi dìhuáng wán) was developed by Qian Yi(钱乙 Qián Yǐ) (c. 1032-1113 CE). It was published in the "Xiao'er Yao Zheng Zhi Jue" (also known as "Key to Therapeutics of Children's Diseases" 小儿药证直诀 xiǎoér yào zhèng zhí jué) in 1119 by Qian Yi's student.
Specializing in the treatment of pediatric medicine (Children’s medicine) he wrote the famous: “Xiaoer Yaozheng Zhijue” (Children’s Therapeutics) and was author of “Liuwei Dihuang Wang” – widely regarded as the best Yin nourishing prescription, often used with the elderly.
There is quite a bit of scientific research on some of these formulas, for example, see:
http://www.ncbi.nlm.nih.gov/pubmed/22367633
For a partial list of Classic Chinese herbal Formulas, see:
http://en.wikipedia.org/wiki/Chinese_classic_herbal_formula
Also see:
http://en.wikipedia.org/wiki/Liu_Wei_Di_Huang_Wan 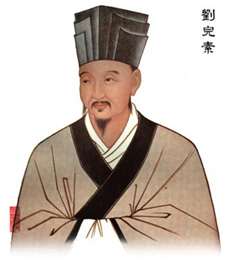 Liu Wan-su observed the high frequency of fever and inflammation in serious diseases and
promoted the idea of using herbs of cooling nature to treat these conditions. This was a step in the opposite direction of many of his predecessors, who focused on using warming herbs. This work had much influence on the later concept of "wen bing" or epidemic febrile diseases, which corresponded to (and preceeded) the Western concept of contageous disease. He also undertook a detailed study of the Nei Ching Su Wen [Nei Jing Su Wen], describing the etiology of disease in relation to the teachings of that famous text.
http://www.itmonline.org/docs/liuwansu.htm

Chang Tzu-ho (Zhang Zihe; 1156-1228 A.D.)
Zhang developed more modern methods of purgatives to clean out disease. Zhang is known as the developer of the "attacking school" of Chinese medicine, emphasizing the use of diaphoretics, emetics, and purgatives to attack the pathogen and drive it out of the body. Though some believe this was a revival of the early Han Dynasty techniques that were based on driving out demons, in fact some modern therapies use similar techniques for a variety of reasons.

Li focused on disease due to injury of the digestive tract, usually due to over-eating, drinking, working too much and the seven emotions. He was author of Pi Wei Lun (Treatise on the Stomach and Spleen) and often prescribed Ginseng and Astragalus Combination (Buzhong Yiqi Tang).

For an excellent review of Li Dongyuan’s work, see
http://www.chineseherbacademy.org/articles/yinfire.shtml
Below is the abstract:
"In modern clinical practice, we often encounter many patients with chronic, complex disorders, such as chronic fatigue, multiple sclerosis, lupus, allergies, gynecological disorders, asthma, arthritis and cancer. Many TCM practitioners using the tools of their education find their diagnoses turning out like run-on sentences, lacking any way to create a coherent and consistent diagnosis. Dr. Li Dong-yuan, author of the Pi Wei Lun/ Treatise on the Spleen and Stomach, was an expert in designing elegant diagnosis and treatment strategies utilizing acumoxatherapy, herbal medicine and dietetics. Based on the central prominence of the spleen/stomach, Dr. Li also made use of wu-xing/five phase principles and Chinese calendrical calculation in his diagnosis and treatment plans. In this article, we will discuss the influence of his work on the present day practice of Chinese Medicine." (Z'ev Rosenberg - Citation above) 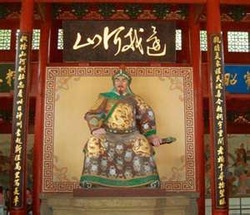 www.hangzhou.gov.cn
Discovered that most chronic disease stemmed from overindulgence in unhealthy (drinking, eating, etc) activities resulting in dysfunction of the Yin system. He recommended temperance and tonic formulas, focusing on the kidney and liver.

"A city in China, near Anxi in what is now Gansu Province, was named Suoyang (the Chinese name for Cynomorium) after 7th-century General Xue Rengui and his army survived a siege there by eating Suoyang (Cynomorium coccineum var. songaricum). Much later, it was imported to China from Mongolia during the Yuan Dynasty as a medicinal plant, and is first mentioned by Zhu Danxi in Bencao Yanyi Buyi (Supplement and Expansion of Materia Medica) in 1347. It was an ingredient in his recipe for Huquian Wan (Hidden Tiger Pills) used for impotence and/or weak legs. Scientific research has found it may be useful in stimulating the immune system…"
http://en.wikipedia.org/wiki/Cynomorium_coccineum 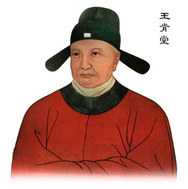 Wang K'en T'ang [Wang Kentang; 1549-1613 A.D.] - Wang was a court official who later became a physician. He collected information about medicine and produced the Liuke Zhengzhi Zhunsheng (Standards of Diagnosis and Treatment of Six Branches of Medicine) published in 1602 A.D.; it became the most widely used medical book of the 17th century.
http://www.itmonline.org/docs/wangken.htm

www.shen-nong.com
Wu Yu-hsing [Wu Youxing; 1582-1652 A.D.] --Wu developed the concept that some diseases were caused by transmissable agents, which he called liqi (pestilential factors). His book Wenyi Lun (Treatise on Acute Epidemic Febrile Diseases) can be regarded as the main etiological work that brought forward the concept, ultimately attributed to Westerners, of germs as a cause of epidemic diseases.
http://www.itmonline.org/docs/wuyuhsing.htm
In an article titled: “Treatment of Systemic Lupus Erythematosis (SLE) With Chinese Herbs,” by Subhuti Dharmananda, Ph.D., Director, Institute for Traditional Medicine, Portland, Oregon it states that: "The herbs and formulas for lupus were based on the treatments for warm diseases. Such formulas had been popularized by Wu Youxing and others as a response to numerous serious epidemic diseases that occurred toward the end of the Ming Dynasty period. Lupus, which often presented with fever as well as reddened skin, was considered one of the warm diseases.”
http://www.itmonline.org/arts/lupus.htm

Zhang wrote extensively on pulse diagnosis, gynecology, pediatrics, surgery and other subjects. Zhang Jin Yue was the first to emphasize the importance of emotional factors in the occurrences and treatments of diabetes.
http://www.suntenglobal.com/news/show.php?ID=33&page= 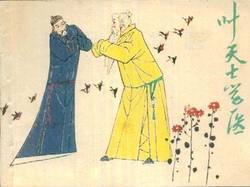 Famous for his extensive of febrile disease and discerned four stages: Wei, Qi, Ying and Blood. His book was titled: “Wenre Lun”a classic textbook on epidemic fevers. Ye didn't write many books in his lifetime. His disciples compiled some books based on his experiences, including "A Guide to Clinical Practice with Medical Records" and "The Collection of Dr. Ye's Medical Records." There are lots of legends about Ye's learning and flexible diagnosis circulating among the people.

http://kaleidoscope.cultural-china.com/en/106Kaleidoscope1197.html
Wang Qingren (1768 – 1831)
Greatest early modern study of anatomy used to diagnose and treat disease. He was also famous for
dissection and surgery which had largely been ignored in Chinese medicine since Hua Tou.  He promoted the idea that
many diseases were caused by a lack of blood circulation. He prescribed many blood vitalizing formulas.
Wu Shangxian (1806 – 1886)
Doctor Wu was most famous for working with the poor and specialized on topical treatments like ointments, plasters and moxibustion.
Professor Li Zhong-yu (1920 - ?)
Famous acupuncture and herbal therapist with extensive knowledge of the “Huang Di Nei Jing Su Wen.” He also utilized acupressure, massage, moxibustion and qigong in this treatment inventory and oversaw and treated many major epidemics in China in the 20th Century. He was an active Buddhist with five children.
Reference: Renate Ilg, Famous Contemporary Chinese Physicians, Professor Li Hong-yu. Journal of Chinese Medicine No. 66, June 2001
REFERENCES (General)
1. www.wikipedia.org
2. http://www.taijichinesemedicine.com/canggong.htm
3. http://www.itmonline.org/index.htm
4. http://www.bianque.cn/tcm/chinese-physicians/index.htm